Uniswap is a software that runs on the Ethereum blockchain and allows for the decentralized exchange of different tokens. Basically, traders can exchange ETH by transferring their coins to shared liquidity pools and then receiving an equivalent amount of Uniswap tokens. And then they are additionally paid a percentage of the commission for using the pool in transactions, proportional to the amount deposited. Sounds attractive? Let's try to understand this in more detail.

For a long time, cryptocurrency trading has been dominated by centralized exchanges. They provided fast work, high trading volume and, most importantly, high liquidity. But they also had drawbacks, so soon the idea of decentralized finance began to gain popularity, operating through automatic protocols and smart contracts, therefore, not requiring trust. This is how decentralized exchanges - DEX appeared. However, due to the peculiarities of blockchain operation, for a long time they could not compete with traditional exchanges, especially in terms of liquidity. Simply put, even if users wanted to make deals on such exchanges, they could not find options that were profitable for themselves. So DEX needed significant improvement to be able to compete with centralized exchanges. And Uniswap is one of the first ways to bring these improvements. Quite sophisticated, but also very effective.

So, Uniswap is a decentralized exchange protocol based on the Ethereum blockchain. Essentially an automated liquidity protocol. Unlike traditional exchange methods, it does not use an order book or any centralized regulatory body. But it allows users to trade with each other without intermediaries, with a high degree of decentralization and resistance to external censorship.

Uniswap is an open source project, so it is not surprising that it has many "followers" of varying degrees of effectiveness.

The project is based on a model in which suppliers "discount" and form a common pool of liquidity. Due to this, it turns out to maintain a decentralized pricing mechanism. Also, such pools allow you to switch between different tokens more quickly and efficiently.

Due to the high decentralization of the project, there is no such thing as listing in it. That is, if a common pool is available, then any ERC-20 token can be launched on it. And how effective it will be is determined by the classical "market mechanisms".

The Uniswap protocol was developed by Hayden Adams in 2018 based on the technology described by Ethereum co-founder Vitalik Buterin.

Since there is no traditional “order book”, a new method of work had to be invented. It was automatic market making (AMM), or rather, its variation called Constant Product Market Maker.

The bottom line is what. There are smart contracts that contain a pool of liquidity and with which traders can trade. Pools are formed by suppliers. Anyone who is willing to share an amount equivalent to the cost of two tokens (can be the same, can be different) can become it. Traders, in turn, pay the pool a commission for the transaction, which is then distributed among the suppliers in proportion to the size of the contributed assets.

Liquidity providers deposit an amount equivalent to the value of two tokens. For example, ETH and some ERC-20. Stablecoins such as DAI, USDC or USDT are especially popular in this business, but they don't have to be. After depositing the amount, providers receive “liquidity tokens” that reflect their share in the total pool. However, they can be exchanged back without any problems.

What's the point. The pool usually provides the exchange of one specific token for another. Let's say we are talking about ETH / USDT. Accordingly, a certain share of ether and stablecoins must be present in it. And the main idea of Uniswap is that their product, representing the total liquidity of the pool, should be constant.

That is, when buying ether, the number of stablecoins increases and, accordingly, ETH decreases, so the price changes. The more you buy, the greater the change. However, it does not run linearly, but rather exponentially. That is, the larger the order, the more it affects the general state of affairs. But the greater the total liquidity, the less noticeable this change. Plus, arbitrage traders come into play, who equalize the ratio between tokens.

An important point that all liquidity providers should keep in mind. In short, this is a situation when, due to the general decrease in the pool due to active trading, users can withdraw less than they originally invested. The token gives the right to a certain percentage, and 10 percent of 20 thousand and 30 thousand are different numbers. However, the loss is not just “volatile” - the size of the liquidity pool returns to normal over time, so if you wait with the withdrawal, you can avoid problems. But this means that these assets cannot be used for other ways of making a profit. They are "locked" until the token prices return to their original state.

How do Uniswap make money?

Technically, nothing. Co-founders and developers do not receive commissions from transactions - they all go to liquidity providers. This amount is added to the general pool by default, but everyone who has the right to it (proportional to the amount of invested funds) can withdraw his share at any time. This is the same “pharming” that has recently been very popular among investors.

In addition to liquidity tokens, which indicate ownership of a certain share of assets, Uniswap also has its own utility tokens - UNI, which give their holders the right to vote on changes in the protocol. There are 1 billion of them in total, of which 60 percent has already been distributed among developers and the most active members of the community. And the remaining 40 will be distributed further between users and investors. Some of them will be awarded for depositing funds into certain liquidity pools. We are talking about: ETH / USDT; ETH / USDC; ETH / DAI; ETH / WBTC.

The innovative Uniswap protocol allows anyone with an Ethereum wallet to exchange their tokens for others without the mediation of any third party. And even receive additional profit for this, contributing to the formation of large pools of liquidity. Of course, the project has some drawbacks and limitations, but most of them will disappear after the implementation of Ethereum 2.0. So, at least, experts believe.

As for the future project, it is still difficult to say something. Yes, the DeFi industry is now booming, but some experts suspect that this is nothing more than the eve of a full-fledged bubble. But how things really are is not yet known. 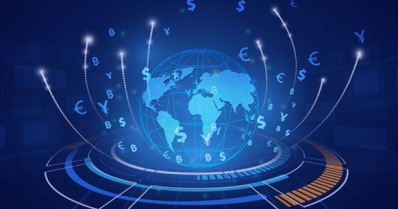 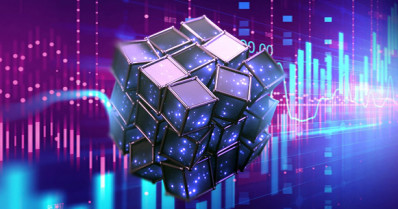 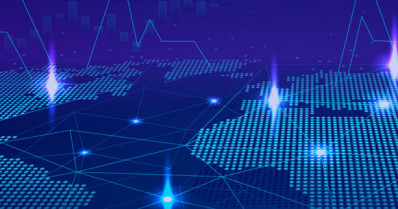