With the advent of the first cryptocurrency, bitcoin, a new page has opened in the digital economy. After all, it became possible to create a "digital deficit" of information, making it unique and incapable of copying. And soon the unique, but equal digital tokens were transformed into something new - into unique and limited in number, but not the same NFT (Non-fungible tokens).

And they have had many uses, from simple collectibles to digital identification, licensing and certification, and even denoting partial ownership of certain valuable objects, assets or works of art. All of this has turned NFT into one of the fundamental building blocks of a new digital economy based on blockchain technology. And now we will tell you about them in more detail.

Non-fungible tokens are a special kind of cryptographic assets on the blockchain, which can be either initially fully digital or a tokenized version of something real. Since they are by definition not equal to each other, they can be used as proof of authenticity or any right of ownership.

Fungibility itself is an important attribute of any currency, both digital and fiat. One gold coin is identical to another, the same as one US dollar, without any problems, it can be exchanged for any other banknote of the same denomination. This equality is essential when it comes to creating standardized media of exchange. However, it does not allow you to make such products truly unique.

However, there is a way out. You can create a digital asset, similar to bitcoin, but each individual element (which is also desirable to be made indivisible) is assigned a unique identifier. Something like a "banknote number" when it comes to real money. And this already gives them full uniqueness and turns them into a collectible. As well as banknotes with "nice" numbers.

There are specific standards that allow NFTs to be issued. Perhaps the most popular of these is ERC-721, created within the Ethereum blockchain. He is one of the first, therefore, most of the non-fungible tokens that have earned some confidence in this moment were created with his help. A more advanced option is the ERC-1155 standard, which allows prescribing both fungible and non-fungible tokens within one smart contract, which adds additional interoperability to them. At a minimum, such assets can easily move between different applications, continuing to play the role of a certain valuable item each time.

NFT can not only be stored on certain crypto wallets (some of them even have a viewing function if any graphical information is attached to the stored token), but also sold on various open trading platforms, such as OpenSea. These are usually peer-to-peer trading platforms that directly link the seller and the buyer. And the value of the "product" is determined on an individual basis, according to the laws of the market.

Yes, the value of each non-fungible token is based solely on how much those willing to own it are willing to pay for it. This is especially true of initially digital assets that have no real peg. However, those who want to acquire them are still there, because if there is some unique and inimitable item, there will always be a collector who wants to own it.

Where is it used?

Besides simple collecting, NFT has a number of other uses.

CryptoKitties. One of the first projects in which NFTs were specially created in order for users to collect them. The point is simple - in the game based on the Ethereum blockchain, players could collect, store, change and “breed” virtual kittens. Each cat had its own set of parameters, which made it unique. And some, possessing especially rare qualities, are also very valuable. It was also here that the idea of "indivisibility" was successfully introduced, that is, the impossibility of dividing the token into separate parts, in contrast to the same ether and bitcoin.

The project turned out to be so popular that it was even able to overload the network due to the increased number of daily transactions. Which are still held at a fairly high level. Some believe that it was CryptoKitties that paved the way for other projects using NFT as their primary resource.

Decentraland. Here, tokens determine the ownership of in-game items and even land. In the context of virtual reality, collectors have the opportunity to create a whole world, filling it with various beautiful and interesting things. Yes, the graphics are, of course, rather primitive, but given the growth in computing power, one can hope for further development of this idea.

Gods Unchained. A collectible card game in which NFTs play the role of cards. Blockchain technologies very well fit into the basic principle of CCI - the exchange of cards in order to create a winning deck, so now they are traded in the same way as real cards from other similar games.

Binance Collectibles. Special collectible tokens issued jointly by Binance and Enjin on the occasion of various important events. They are also quite popular.

Crypto Stamps. What do collecting stamps and NFT tokens have in common? The Austrian postal service issues real stamps, which not only fulfill their direct function, but are also stored as "virtual stamps" on the Ethereum blockchain. Where they attract the attention of "virtual philatelists".

Non-fungible tokens provide blockchain technology with access to entirely new industries beyond the various financial sectors. With the ability to link real assets and blockchain-based ecosystems, NFTs can become an essential part of the economy of the future. So we will follow the development of this technology with great interest. 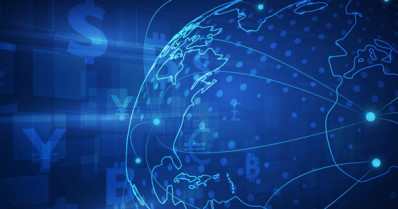 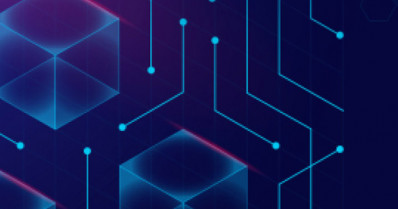 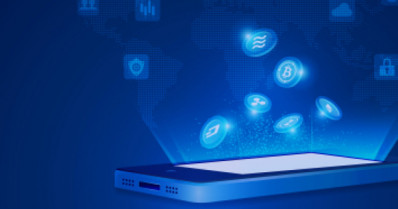