Active cryptocurrency income involves the effective investment of funds in various projects. Which, in turn, requires studying the dynamics of the market, which requires both time and specific knowledge. And even so, there remains a significant probability of making erroneous forecasts.

And if there are many such forecasts, the only thing that will help to stay safe is an alternative source of income. Passive, for example.

Yes, it is less significant and slower, but it remains in almost any situation. Because it is, as a rule, a certain percentage of the available funds. Almost like a deposit account, only for cryptocurrency.

At the exact moment, there are few common ways to generate passive income.

The oldest method of generating passive income in the world of cryptocurrencies, since it practically does not require active actions from the user - everything is done by his computer. Initially, we used the power of digital processors (CPUs), then the GPUs, and nowadays, the main benefit can be obtained by using special-purpose integrated schemes - ASICs.

The problem is that such devices are expensive. Very expensive. Therefore, at the exact moment, targeted mining of Bitcoin is a source of corporate, not individual passive income. And only in networks with a relatively low hash rate you can still mine effectively. However, even in them, it is better to do this by combining in pools and getting a percentage of the profit, proportional to the invested computing power.

However, coins with a low hash rate most often have poor liquidity and insufficient stability, so this process is still quite risky.

Blocking a certain amount of funds on a cryptocurrency wallet working in a blockchain supported by the PoS consensus algorithm. This allows the user to act as a guarantor of transactions conducted within the blockchain.

Or as a validator of the correctness of a newly mined block. Due to the pseudo-random algorithm, such an opportunity is provided to almost every network user.

But the chance to make a profit is higher for those who keep large amounts in their account. A similar practice is used on some cryptocurrency exchanges.

In addition, it is possible to delegate funds to a common staking pool and further receive a percentage of the total profit. The method is reliable and stable, but in many projects, the forecasted profits are overstated.

Blocking own funds within the framework of a cryptocurrency peer-to-peer landing platform. Technically, these funds will be used to ensure the liquidity of existing tokens and transactions. And you will receive for this a certain percentage payment after some period. A similar system works on some exchanges that support margin trading. A good option for those holders who focus on long-term investments.

Many beginner cryptocurrency projects are actively attracting new users through referral links. This benefits both new customers and those who attract them. However, this only works in the case of a large audience of subscribers. Yes, and it is worthwhile to find out in advance each time whether the next project is promising so as not to advertise frankly failed happenings and not to spoil your reputation.

Nodes in the Lightning Network

Lightning Network is a second-level protocol that runs on top of the classic blockchain. A system that speeds up transaction processing, separately collecting them into ready blocks. It works due to the existence of separate bilateral payment channels - nodes. Each such node provides greater liquidity of the entire system and high bandwidth. The second point is especially important since the process involves the temporary blocking of bitcoins within these channels. For each such process, node holders receive a certain commission.

For the effective operation of blockchain networks, master nodes are required. Technically, this is something like a “server” for distributed and decentralized networks. The rights are the same, but there are much more opportunities. And many projects that use their own tokens pay a certain fee to those who support the functioning of such masternodes. And this is quite difficult, because it requires not only technical knowledge, but also high computing power, a stable channel with high bandwidth and continuous operation of the system. However, there is also a certain risk, since many projects very often overestimate the possible profit from maintaining masternodes. Therefore, it is better to conduct a study on this topic in advance before providing your device for this.

Passive income based on luck. When cryptocurrency network divides into two different chains, between which there are serious differences in software, users receive a “second wallet” with the equivalent amount of new tokens. Yes, their price will be significantly lower than the original ones, but they cost you nothing at all. You just need to have a certain amount of original cryptocurrency in your account at the time of the planned and predefined hardfork. But they are happening quite rarely.

Airdrops are random one-time payments of a certain amount in cryptocurrency, carried out by some exchanges among their users. Like a lottery, you don’t even need to buy a ticket.

There are more and more platforms based on P2P networks that allow creative individuals to sell their products. Yes, at first it will take time to develop the material, but then it guarantees you a good stable income, moreover, in cryptocurrency, which withdrawal is much easier than using traditional payment systems. But yes, this option is only suitable if you can produce something that may be in demand among the target audience.

As the popularity of blockchain-based projects is growing, more and more people decide to contact them. And get any benefit from it. But since an active game on the exchange requires knowledge, luck and an impeccable “sense of the moment”, most people find it much easier to focus on reliable, albeit small, passive income. And it is possible that with the development of cryptocurrency technologies, for an increasing number of people, this way of profit will become the main one. 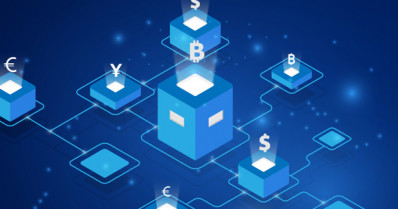 What is diversification?
Author: EXBASE.IO | Mar 17, 2020 | Finance and investment