Offline staking is when users block a certain amount of cryptocurrency on their offline wallets and then receive a reward for this. For these purposes, standalone or hardware wallets are used, also known as "cold" - that is, they do not have a permanent connection to the Internet.

And for this, users will receive a certain percentage of the profit. At the same time, they do not need to manage validating nodes, as in situations with systems operating on the basis of PoS consensus - for example, as is planned in Ethereum 2.0. You can use a node controlled by another person, but still get a reward. This method also differs from delegated staking, which implies the transfer of some part of its crypto assets to a group of validators.

However, anyone can become a “super-staker” and work with the bets of their fellows without getting the right to dispose of coins and tokens. In addition, the launch of a node for super-staking gives its owner an additional opportunity - due to crowdsourcing of delegation, to receive their fee directly from the block reward, and not from those whose rates it controls - this is some savings on transactions for all participants in the process.

What are the benefits of offline staking?

There are several of them. At a minimum, the ability to simply block part of your assets and transfer them to the node operator, instead of having to independently configure the node on your computer and comply with all the requirements for this. In addition, users do not transfer their funds to any third party, so they do not share their ownership with others. They just need a hardware wallet from Trezor or Ledger, for example, that supports stake delegation.

Offline staking is beneficial for the entire ecosystem, as it helps distribute the working token across a wider base, thus reducing dependence on individual whales. Those at first would accumulate an asset, working as validators, by increasing their stake, they would be chosen more and more often, which would bring them additional profit, but would lead to the concentration of tokens in the same hands. And any attempt to sell a large number of them would inevitably lead to price destabilization in the market. But the larger the distributed staking pool, the less chances that whales will be able to influence the operation of the blockchain and the price of the cryptocurrency.

It is also known that users participating in staking feel a closer connection with the project and are more interested in its further development. And therefore they form a more effective community.

Offline staking also helps to eliminate many of the risks inherent in other methods of earning a percentage of profit used in the world of cryptocurrencies.

In addition, the ability to simply receive money without doing anything for this has led to an active increase in interest in platforms for staking and lending.

However, the decentralized finance market is still not mature enough, so its users may face various risks. One of them - the risk of errors in smart contracts, has become especially relevant this year due to the increased interest in DeFi in general. For example, it was this mistake that led to the hacking of the bZx flash loan protocol in 2019 and the discovery of a vulnerability in the Bankor network in June 2020. According to Vitalik Buterin, the creator of Ethereum, users continue to underestimate the risks inherent in smart contracts within blockchain networks.

What are the risks?

Offline staking comes with much less risk than online or using DeFi apps to borrow or lend. It is not characterized by long blocking of accounts, nor slashing, nor other typical drawbacks.

So the main risks are those associated with storing currency in hardware wallets. That is, to store wallets and keys to them in the most secure place from theft and always have backup copies of the keys. After all, their loss is tantamount to a complete and irrevocable loss of access to everything that was stored there.

It is also worth considering that if passwords or codes for hardware wallets are stored on a computer, then a third party can gain access to them, and after that, control over assets.

But despite this, offline storage is considered one of the safest and most reliable ways to store cryptocurrency, for which you can now also receive a reward.

There are several ways to participate in offline staking. As in any public blockchain based on Proof-of-Stake, any user can become a validator - a “super-staker”, or delegate the right to use a stake to such a validator.

In the second option, when there is no desire to deploy a full-fledged node on his own, the user places his tokens at a specific address, which is then transferred to the super-staker or staking pool.

This is set up automatically - through the user interface of networks that allow similar bets to be placed from offline wallets. No matter how the user chooses the option of work, he will be able to receive a staking reward, which will then be transferred to the specified address. Moreover, this is carried out simultaneously, and not continuously, so the funds are more secure.

Unfortunately, existing staking systems, both direct and delegated, overwhelmingly involve the use of hot wallets with a constant connection. Or - transfer of control over cryptocurrency assets to third parties or special services.

Tezos (XTZ) may be the closest thing to a full-fledged offline staking model, as the coins in it automatically generate income for validators or bakers. But for this, you must first become a full-fledged delegate, which implies the presence of 10 thousand XTZ on the account. And this is about 40 thousand dollars at current prices.

Qtum works in a similar way, but there is no “minimum fee”, so the entry threshold is much lower.

Other projects that facilitate the bet delegation process - Cosmos, Kava and Polkadot - can also be considered from an offline staking point of view, but there are some additional risks involved. For example - the risk of slashing or "cutting".

In any case, such offline staking platforms and services help proponents of decentralized finance to generate income purely from the ownership of assets, at significantly lower risk than using smart contracts and DeFi applications. 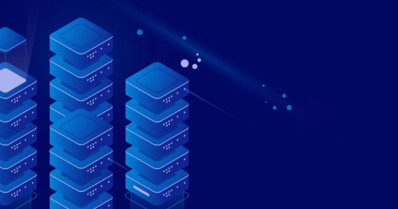 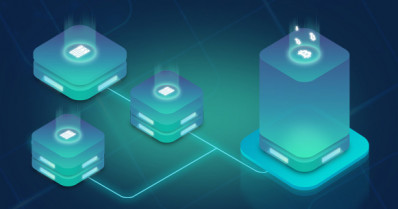