The original purpose of cryptocurrencies is to serve as a tool that allows you to make fast (or even better - instant) money transfers anywhere in the world and with a minimum commission. This includes the ability to pay in a cafe, and payment of utility bills, and much more. At least, this is how Satoshi Nakamoto saw the future of his development. And he didn’t even imagine that cryptocurrencies would become an excellent means of enrichment, and in different ways. One of these methods, which favorably differs from others in that it requires extremely time-consuming, is bitcoin faucets.

What are bitcoin faucets?

Yes, an important point, the term "bitcoin-faucet" is collective, since it also refers to services that work with other cryptocurrencies. However, their principle is the same, as is the relative value of the reward, so for now we will only talk in the context of bitcoins.

The point is what. This is a method of income that does not require knowledge, skills, computing power, or even initial capital, so it has practically no entry threshold. The only condition is access to the Internet. With the help of his gadget, the user at regular intervals visits the website of the bitcoin faucet, performs certain actions there and receives an award for this. Which can then be withdrawn to your cryptocurrency wallet and used at your discretion.

What exactly is required? View ads, click on a banner, register somewhere, enter a captcha, and sometimes just spend a certain amount of time on an open tab. Nothing complicated, but there is a reward for it. True, small.

The reward is paid in satoshi - the millionth share of bitcoin. And we are talking about dozens, at best, hundreds of such satoshi per hour. A day, especially if you don't miss anything and if you're lucky, you can count on several thousand. But at the moment, one satoshi is just over one Russian kopeck. Accordingly, 1000 - 10 rubles. So you can spend all day and get less than the minimum hourly wage. So why is this still relevant? And what are the benefits for the bitcoin faucets themselves? Let's explain now.

How do bitcoin faucets work?

Most of the projects that later became bitcoin faucets started as introductory services for those who wanted to learn more about cryptocurrency. Learn, try to carry out transactions on your own, understand the basic mechanisms. Behind this case were enthusiasts seeking to spread knowledge about cryptocurrencies among the general population. However, soon someone realized that this business could be more profitable from a material point of view by simply connecting monetization and advertising revenue. Happened. And that's why.

Bitcoin faucet owners began to post banner ads and links to other cryptocurrency projects on their website. Not free, of course. In addition, many have screwed on the mechanism of monetizing continuous inbound traffic. That is, the longer the user spends on the site, the better for its owners. The mechanism is not new - it occurred long before cryptocurrencies. But the user had to somehow be motivated to stay and follow the links - for this, the reward system was invented. And also - various lotteries, promotions, bonuses for “regular customers” and other classic marketing stuff. Basically, a faucet site owner shares his ad revenue with the users. A small fraction of it, of course. Alternatively, he only pretends that he is going to share - many fraudulent projects have appeared recently, in which people “work for free”.

The benefit of this cooperation is obvious to the advertiser - if at least 1 out of hundreds of those who followed the link remain - a new client, new transactions, new profits will appear.

This is also generally beneficial for users - nothing is required of them except free time. And if you approach the process creatively, then you can start receiving at least some income. Sufficient to raise the initial capital to work with exchanges, for example. But this is quite difficult.

How to increase the effect of working with bitcoin faucets?

Active work. Passive income that requires extremely active body movements. To get started, use multiple bitcoin faucets. Desirable - savings, which allow you to withdraw money only upon reaching a certain minimum level. Set yourself timers for different actions, keep several tabs or even browsers open at the same time. To use exclusively foreign services - there is a greater reward. But the main thing is to analyze the projects with which you are going to cooperate, more on that later.

Bitcoin faucet bots. Programs that will do all the routine activities for you. They are considered "banned", so many services are banned for using them. In addition, only paid ones are really effective - there are more and more fraudulent projects among free ones.

Rotators. Bitcoin faucet aggregator sites. With their help, you can easily work with several projects at the same time - built-in timers, quick links, a simplified withdrawal procedure, no need to register for each project. And sometimes security, because rotators sometimes (unfortunately, only sometimes) check projects with which they have to work.

With the advantages, everything is clear - the ability to earn money with little or no effort and no special skills and knowledge. There are more cons. There is a huge number of fraudulent projects that attract promises of profits from 1000 satoshi per hour or more and insignificant rewards on reliable sites, and transaction fees that can "gobble up" a significant part of the profit.

However, some of the problems may be avoided by carefully analyzing the bitcoin faucets with which you have to work. You need to study the following:

In any case, even if the project turns out to be fraudulent, you will simply waste your time on it. And you will receive an additional source of spam by e-mail, which you indicated during registration.

Bitcoin faucets are an interesting way of easy income in the world of cryptocurrencies. Especially if you work with projects that have proven their good reputation. But to start earning decent money, you have to put in a lot of effort. Is it worth it - you decide. 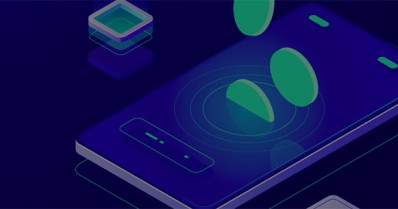 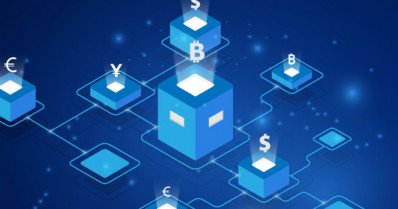