Bitcoin isn't called digital gold for no reason. Like a noble metal, it cannot simply be created from scratch - some work is required to “extract”, called, by analogy with ore mining, the mining. At the same time, reserves of gold and cryptocurrencies are limited. In a situation with bitcoin - features of the original protocol. According to them, no more than 21 million coins can be produced in total. At the same time, the speed of production will slow down over time - twice every 4 years of operation.

However, real experience shows that miners will soon reach this limit - nevertheless, computing power is growing rapidly, and Bitcoin does not lose its relevance. But what happens when the last coin is still issued? Experts have different opinions on this matter.

At the current moment, something about 18.5 million coins has been mined, and, accordingly, a little less than 3 million remains.

It should be borne in mind that not all of the already mined bitcoins are now in circulation. Their owners could lose their cryptocurrency wallets, forget private keys, or even die without transmitting information about their cryptocurrency assets to someone. And we are talking about almost millions of coins.

A little more than 10 years have passed since the launch of the network, but most of all possible coins have already been mined. On the one hand, this means that we are approaching the finale of this story, but on the other, it’s not quite like that.

The mining process is relevant because it promises a reward. At launch, for example, it was 50 BTC. But already in 2012, it halved. Then again. The last decrease occurred on May 11, 2020 - now each mined block brings the miner 6.25 BTC.

This means that the bitcoin mining speed is reduced, so the remaining 2 with something million will be mined for quite some time. According to preliminary calculations - until 2140. And by that time, the Bitcoin network protocol could have significant changes.

What will happen when the limit is reached?

The main group of people that will be affected by reaching the limit of bitcoin mining is the miners themselves. If they stop receiving remuneration for each block mined - why should they spend their resources on this? Therefore, the majority will reconfigure their technology to some other cryptocurrencies. For the network itself, this can have disastrous consequences - a serious drop in the speed of work. Which is especially dangerous, considering that the problem of scaling in the network has not been solved, and the number of active users will certainly increase by 2140. One solution to this situation is the transition to a centralized model.

However, not everything is so bad. The fact is that in addition to the block reward itself, miners can count on a commission from each transaction concluded in this same block. They are small, but due to the quantity, a decent amount of several hundred dollars is rushing. And if you take into account that the cost of bitcoin is growing steadily, and the block size too, then in the future it will be possible to earn thousands of dollars purely on commissions. A full-fledged closed economy will be formed in which the commission and operating fees will play the role of taxes that those who support the functioning of the system will live on.

However, the situation will seriously change long before the last coin is mined. The closer to this point, the more miners will have to spend time and resources to mine even one bitcoin. And increasing its cost will not greatly simplify the situation since as soon as the cost of the consumed electricity and depreciation of equipment becomes comparable to the extraction reward, they will refuse the process as being “economically inefficient”.

In any case, this is a matter of the distant future. Unfortunately, long-term forecasts regarding cryptocurrencies practically don't work, which has been successfully demonstrated by the experience of the past 10 years. Therefore, we cannot say for sure what will happen to the Bitcoin network in the near future. However, it can be assumed that it will develop further. It is even possible that the majority of users will switch to some new one - a more advanced protocol and the formation of another hard fork. So don't worry about the time when the last bitcoin will be mined. 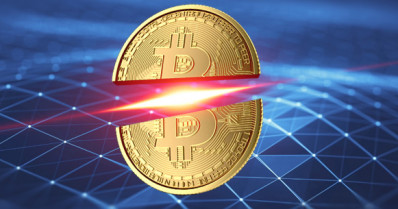