At the current moment, there are about 180 internationally recognized currencies in the world - from Samoan tala to Burmese kyat. The same thing, only on a much smaller scale, is happening with cryptocurrencies. Yes, Bitcoin was the first, but now it has to compete with a dozen other cryptocurrencies, among which is Litecoin, which surpass it in various parameters.

According to official figures, by market capitalization (amount of currency) litecoin is at seventh place, but it continues its growth. At the same time, it is also positioned as a system for online payments.

An effective alternative to online banking and PayPal. However, unlike the payment methods mentioned, Litecoin does not operate with the US dollar, but with its own currency. And, we got to admit, quite successfully.

The production and circulation of traditional currencies is regulated at the government level - the Federal Reserves, Central Banks, the engraving department of the Engraving and Printing Bureau, as well as other large and respected organizations. Litecoin is different. It is created through a complex process called mining, based on mathematics and cryptography. The possible number of litecoins is limited - only 84 million. And new ones are generated every 2.5 minutes (opposed to 10 minutes in the Bitcoin blockchain). At the same time, all this data is recorded on all machines connected to this network.

Each network participant or miner can check the correctness of the generated block, and also calculate what the new block should be, in which all information about transactions within the Litecoin network will be recorded.

The first miner who found a hash solution for the new block and confirms it receives 50 litecoins as a reward. But this is at the current moment - the more these means of payment are in circulation, the less is the reward. So, for example, the first official reduction (2 times) took place in 2015. Intervals of such reductions are regular. And this will continue until the last of the possible litecoins is mined.

A situation in which one miner receives a reward twice for one block, or connects an invalid block to a common chain, is theoretically possible, but technically unattainable. This requires computing power equal to 51 percent of the total network capacity.

Another important point. For the Bitcoin network, computing power is at the highest importance. The dependence is directly proportional - the higher the speed, the more chances to get ahead of the rest. Conventional computers with a central processor Dell Inspiron, for example, have virtually no chance of overtaking competitors. But the Litecoin technology is configured so that even ordinary computers can be used for mining. However, some dependence of performance on power is still preserved.

Any currency is just as valuable as at was priced by society. And it doesn’t matter if we're talking it’s about US dollars or gold bullion. With cryptocurrency, everything is about to be the same. The simpler and easier it can be received, the less valuable it is. On the Litecoin blockchain, this was partially circumvented by creating an “artificial deficit” - a limited and time-limited offer. This, in addition, protects this cryptocurrency from hyperinflation, which fiat currencies often encounter.

However, Litecoin also has real value. So, for example, this network is capable of simultaneously processing much more transactions than the Bitcoin blockchain. And it's commission is much lower - only 1/1000 litecoin. That, as you can see, is significantly less than 3% of the amount of payment charged by PayPal.

Litecoin has one major flaw - lack of recognition. Even the creators of this network admit that it is still not large enough - less than 100 thousand regular members. Which, of course, significantly complicates its widespread use and implementation. The Bitcoin, for example, has much more active users - more than half a million. However, society is increasingly interested in cryptocurrencies, as a phenomenon. Therefore, the popularity of Litecoin will also grow. And it is possible that soon the situation will change, and Litecoin will become the new standard of digital currency. 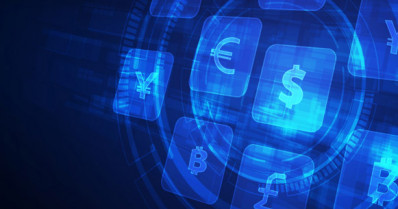 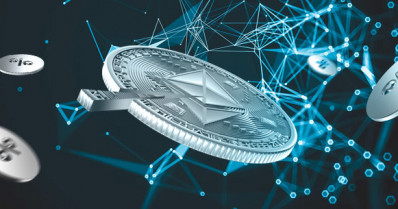