Bitcoin is the world's first cryptocurrency, created in 2009 by an unknown author which used the pseudonym Satoshi Nakamoto. Its essence lies in the fact that all transactions are recorded in special blocks of the general chain that cannot be changed. And each coin and even its part has only one owner, although the history of asset ownership can be traced from the moment of its mining to the current moment.

Buying bitcoins differs from buying securities or stocks because bitcoin is not an official corporation. It does not have any corporate balance sheets or internal reports, nor does such a familiar hierarchy. In addition, the issue of these coins does not depend on the orders of the government and the work of banks, therefore, its inflation takes place according to completely different laws. And yes, the classic indicators of economic growth used in forecasting cannot be applied normally to Bitcoin either.

As for the specific price of each coin, it depends on the following factors:

Countries that do not have fixed exchange rates can partially control the volume of circulating currencies by adjusting interest rates, as well as by participating in operations at the open foreign exchange markets. In addition, Central Banks have other instruments to influence exchange rates to some extent.

Bitcoin does not have all this - it's turnover and demand are regulated solely on the basis of supply and demand. And there is two mechanisms of regulation which are connected. The first is the rate at which new coins enter the market. Each new block added to the blockchain contains a certain amount of coins - a reward for the miner. However, the rate at which these blocks are created is a variable parameter. Which is regulated by reducing the amount of remuneration. For example, in 2016, the growth rate of the number of coins in circulation was 6.9 percent, but by 2018 it decreased to 4 percent. This, in theory, can create a situation where supply stops keeping up with demand, which will directly affect the value of coins.

The second regulation mechanism is the general limited supply. According to the software protocol, only 21 million bitcoins can exist in total. When this number is reached, miners will no longer receive a reward for mined blocks, and will have to rely only on transaction fees. When the last coin is mined, the price for them will depend solely on their practicality, relevance and legality. In addition, the mechanism of "artificial inflation" arising from the halving of the remuneration of miners will be turned off. However, this will not happen soon - according to experts, if the situation does not change and there is no jump in computing power, then the last bitcoin will be mined by 2140.

Despite the fact that bitcoin is still the most famous cryptocurrency, and its name is even used as a household name, competitors are not sitting still. Yes, the first cryptocurrency is still the leader in terms of market capitalization and price, but some altcoins (alternative cryptocurrencies) are almost ready to compete with it. We are talking about Ethereum (ETH), XRP, Bitcoin Cash (BCH), Litecoin (LTC) and EOS. The initial coin offering (ICO) of some new cryptocurrency projects also provides high competitiveness. So competition in cryptocurrency markets is thriving. However, Bitcoin does not need to worry about it yet - it is far ahead of all other options in terms of reliability, popularity and acceptance.

Despite the fact that bitcoin has no material embodiment, its production requires certain resources. Mostly electricity. The fact is that in the process of mining, computing devices must solve a complex mathematical and cryptographic problem pretty fast. Whoever copes first gets the reward. And the characteristics of the Bitcoin network algorithm is such that one block is mined in 10 minutes on average. You can increase your chances if you use more powerful equipment - but it will still work at high capacities and run out. So the production of intangible cryptocurrency is quite a costly business. And not every miner can recoup his connection to the process.

Securities are traded on one type of exchanges, futures on the second, real commodities on the third. There are also exchanges for cryptocurrencies - Coinbase, GDAX and others. Usually, trading takes place either directly in cryptocurrency, or in currency pairs (for example, BTC / USD).

The more popular cryptocurrencies become, the more participants are involved in the process and it is easier to find something more profitable. However, there is a significant problem here - not so many cryptocurrency exchanges can work simultaneously with both crypto and fiat, solely due to insufficient legal regulation of this process.

The increasing popularity of cryptocurrencies has come as a surprise to most government regulators. It is completely unclear on what principles this new currency should be regulated. For example, the Securities and Exchange Commission (SEC) considers crypto to be a security, and the US Commodity Futures Trading Commission (CFTC) considers it a commodity. So it is still unclear whose competence it should be. The situation is complicated by the fact that it's derivatives have already appeared - bitcoin futures, for example.

And this influenced the pricing in an extremely interesting way. Firstly, this practice made it possible for official organizations to work with bitcoin, because futures are simple, understandable, reliable, and most importantly - legal. And for bitcoin or for something else - these are technical issues. Second, investors can estimate whether Bitcoin futures are overvalued or undervalued, and try to tilt the situation towards stabilization with classical investment mechanisms.

Since there is no central regulator in the Bitcoin network, all new changes can be implemented only if the vast majority of users agree with them. Full democracy in action. Moreover, those who are dissatisfied with the result can continue to operate within the framework of the old protocol. This leads to the split of the community into two separate branches - the so-called hard fork. Which, usually, leads to the formation of a new cryptocurrency and a change in the price of the old one.

The main problem the network is facing at the moment is scalability. Even with all the possible additions, Bitcoin is not capable of handling more than 3 transactions per second. And while the number of active users was small, there were no problems. But the more people use bitcoin as a method of payment (and this is precisely its purpose, according to Satoshi Nakamoto), the longer they have to wait for their turn. Of course, the greater the expectation, the worse the psychological reaction to the cryptocurrency and the lower its price.

So is it worth investing in bitcoin?

Quite a difficult question, actually. Some experts believe that cryptocurrencies are the future. Others draw direct parallels between the Bitcoin situation and the "tulip mania" that happened in the 17th century in the Netherlands, which became a prime example of an economic bubble. So it's too early to make any definite predictions. But if you're willing to take risks, why not? 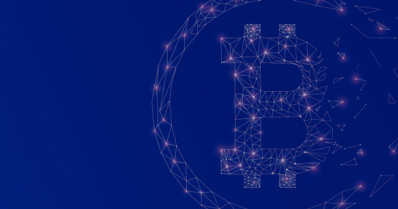 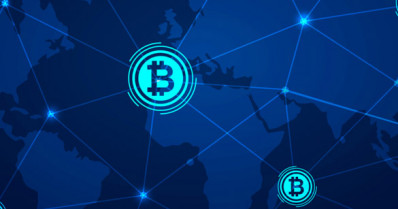 What will happen to Bitcoin in the future?
Author: EXBASE.IO | May 23, 2020 | Cryptocurrency 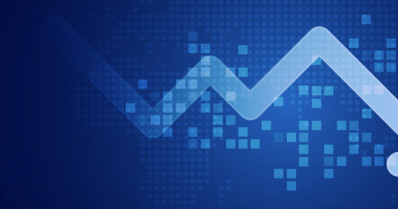