The main task of a blockchain bridge is to provide a connection between two blockchain ecosystems through which different tokens can be transferred.

One of the most significant problems with most blockchain systems is their lack of compatibility with each other. As soon as a developer launches his new application on a blockchain platform, he is immediately limited to this platform exclusively, without the possibility of taking advantage of other blockchains.

For example, Ethereum 1.0 still has significant scalability issues that developers have not yet been able to deal with. And everyone who launched their services based on Ethereum 1.0 also regularly encounters them. However, they cannot re-release their product on faster and more convenient platforms, such as EOS, because they will lose the main advantages of Ethereum - a large community, a well-supported token standard, and extremely convenient smart contracts.

However, if a developer uses a blockchain bridge, then he can take advantage of both platforms while avoiding their disadvantages. If everything is done correctly, then through such a bridge it will be possible to transfer not only tokens, but also specific data with smart contracts.

Typically, such projects use some form of mint-and-burn protocol, which ensures a constant supply of tokens for all platforms. That is, when token A leaves blockchain A, it is burned or blocked by the bridge protocol, and at the same time, an equivalent token B is issued on blockchain B. In the opposite direction, the process works the same way.

What are the specific benefits of such "adapters"?

Situation. There is a DApp developer who uses Ethereum. However, users are not satisfied with the low speed of work and the need to pay additional fees on the air to speed up transactions during the busiest hours. But if you use the bridge, users will get faster transaction processing speed and lower fees. And the developer himself will be able to continue using ERC-20 tokens and exchange experience, advice, and information with the Ethereum community of developers and users.

Moreover, even the blockchains themselves will benefit from the use of such an adapter. Ethereum gets a drop in traffic and a temporary solution to the scalability problem, and the new blockchain gets access to a community of skilled professionals and advertising.

In reality, such bridges can provide, for example, instant payments anywhere in the world, which is impossible for Bitcoin and Ether, given their problems with scalability and the speed of blockchains. They can also be useful for DApps in situations where you need to carry out transactions as quickly as possible - for example, in applications for playing in a casino.

How exactly do blockchain bridges work?

Most of these projects are decentralized. However, to varying degrees. Depending on this, they fall into two broad categories - federated and trustless.

The federated bridge works similarly to a private or enterprise blockchain. If a node wants to become part of the control network, it must meet a number of strict criteria. Only in this case will he be able to control the movement of tokens. The Wanchain Bridge, for example, is federated. Specialized nodes called “custodians” use secure multiparty computing to block tokens on the Ethereum blockchain, issuing an equivalent number of tokens within the Wanchain blockchain. When the user wants to transfer funds back, he submits a request to the custodians, each of whom provides him with his own fragment of the secret key. Only the full key will unlock the stored ether.

The trustless bridge works like a complete decentralized system. Any user can join it, who will then be motivated to perform the functions of a network agent - to check the correctness and reliability of transactions. This is how the Syscoin bridge works. Reviewing agents receive a commission for their work. And if any node thinks that another is doing its job incorrectly, it can report this problem to the network. If the check shows the correctness of the charge, 3 ETH will be debited from the violator in favor of the “claimant”. But if the accusation is false, then the prosecutor will pay 3 ETH.

The bridges that exist at the moment are still working for a very short time - formally, they are still at the stage of "final battle check". However, their potential is very promising, especially in the context of working with stablecoins. So, for example, the Tether network is constantly experiencing problems with scaling and is forced to constantly expand. And the chief technical director of the project, Paolo Ardoino, has already stated that the idea of blockchain bridges can seriously contribute to solving this problem. In addition, it is known that the creators of Syscoin are negotiating with representatives of some large stablecoins, who are also interested in using such "adapters".

However, not everything is so rosy - the idea is not yet mature enough, so technical problems during implementation are not just probable, but inevitable. So, for example, 2 days after the launch, the tBTC blockchain bridge between Bitcoin and Ethereum was closed, since an error was found in the code that made safe work impossible.

However, given the already existing problems with network scalability and the need for cross-platform interaction, it is obvious that the idea of blockchain bridges will only develop and improve over time. 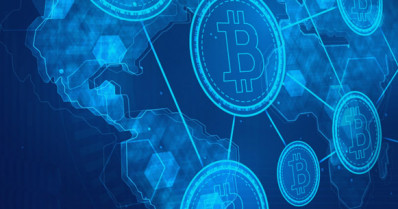 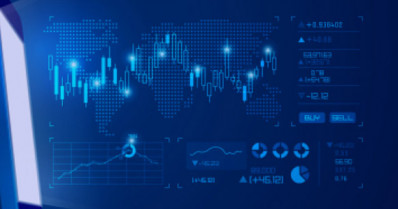