Quantum computers are incredibly powerful computing devices, capable of handling complex tasks significantly faster than traditional computers. According to some experts, such devices can break in minutes encryptions, which conventional computers would break in only thousands of years of continuous operation. So the entire infrastructure that is guided by such defence mechanisms may be at risk. Especially modern cryptocurrencies.

Therefore, it is better to understand in advance what consequences the widespread use of quantum computers may have and whether they can give a real threat to crypto security.

Also known as "public key cryptography", it is a primary component of digital security. It uses a pair of keys to work with information - open for encryption and closed for decryption. This is what distinguishes it from symmetric cryptography, which uses one key for both encryption and decoding.

Having a public key does not allow access to information encoded with it. Only the owner of a closed one can use it, which ensures a high level of data protection.

So high that the public key can be safely distributed over insecure channels. Even if the attacker gets it, he will not receive any benefit from it. And in case of working with internet banking, it is asymmetric cryptography that ensures that there is no need for partners to trust each other, which greatly simplifies interaction.

But technically speaking, knowing the public key can be the basis for computing the private key. However, this calculation will be very difficult and time-consuming. So much so that it has no practical use. But on the basis of the private one, you can generate any number of public keys and this process will be fast. In mathematics, such phenomena are provided by trapdoor functions - "one-way algorithms".

Classic computers approach problem solving consistently. First, one is decided, after that - the other. Otherwise, it does not work, since individual information blocks can be either complete or empty (1 and 0). The basic law of physics, which cannot be crossed.

There are, however, some algorithms that allow you to break complex problems into simpler and faster ones, but they also need to be solved sequentially.

Let's take a specific example - you need to choose a four-bit key. Each bit, as already mentioned, can be either 0 or 1, so there are 16 different combinations possible.

A classic computer will crack the code using the brute-force method - 1 combination at a time. The analogy with a lock and 16 keys is appropriate, each of which must be inserted and checked separately.

The problem is that processing power grows in a linear fashion. And this is much slower than exponential growth. If we draw an analogy, then with each new generation, new computers can simultaneously check 2 times more possible options than their predecessors. However, based on the current power level, the selection of a 55-bit key will take several thousand years. For reference, the encryption keys used in the Bitcoin blockchain are 128 bits, and some crypto wallets use 256 bits.

So the usual computing power is practically harmless for asymmetric encryption. But what about a quantum systems?

So far, quantum computers are theory. A logical theory that explains how the behaviour of subatomic particles can be used for practical purposes. Prototypes, however, are already working. But still, only in laboratory conditions.

As for the principle of operation, it is in many ways similar to the operation of traditional computers. Only information is stored not in bits, but in “qubits”. Which can also have a value of 0 or 1. However, due to the phenomenon of quantum superposition, a qubit can simultaneously be in both of these states.

So a quantum computer, consisting of 4 qubits, solves the above problem not in 16 approaches, but instantly. And increasing the key length does not greatly improve the situation, adding only one more step in the calculations.

This, of course, requires different principles of programming and operation of computing devices, but as practice shows, they are quite real. According to the latest data, there are already experimental machines for 53 qubits. It will not be a problem for them to find a 55-bit key.

Therefore, the asymmetric encryption system will have to be abandoned in favour of another - quantum-resistant.

Practical use of quantum computers will jeopardize any infrastructure using traditional encryption methods, since new machines will easily cope with tasks "trivial" for their power.

Therefore, despite the fact that such computing devices are located exclusively in laboratories, algorithms and techniques that can withstand the phenomenal computing power are already being actively developed - the so-called quantum-resistant algorithms.

At a basic level, especially in symmetric cryptography, the problem can be solved by simply increasing the key length. And yes, it will be really effective against quantum devices, but the exchange of keys, as in the case with asymmetric encryption, will no longer work.

Or it will work, but only if we use new quantum algorithms that detect "eavesdropping" devices. That means it will be possible to find out whether someone else has gained access to the transmitted information. And if you received it, did you make any changes to it?

Other ways to counter quantum systems are also in development, such as hashing to increase message size or a technique known as lattice-based cryptography. According to experts, the prospects for creating a system that is resistant to hacking with the help of quantum computers are good.

A quantum computer is faster than mining pools. Therefore, any miner who has received such a device at his disposal will definitely dominate the rest. And this guarantees all the conditions for a successful 51 percent attack and the ability to rewrite the information already existed in the system.

However, some experts believe that things are not so scary, and the use of specialized integrated circuits (ASICs) will significantly reduce both the possibility and effectiveness of such an attack. In addition, a few miners with similar devices are enough to achieve parity.

It is only a matter of time before quantum computers begin to be widely used. Yes, there are numerous technological and software barriers, but all of them can be overcome. And no one will stop users from using their devices for selfish purposes. So the need to create protection against such influences is enormous.

Fortunately, there are already a number of effective theoretical solutions that give existing systems protection against such influences. You just need to somehow integrate them into common software. For example - to do something similar to end-to-end encryption which was implemented in browsers and instant messengers. It is not that difficult, but the result is a system that is resistant to the most powerful quantum attacks. 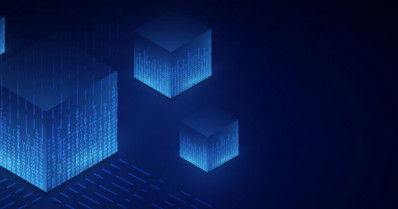 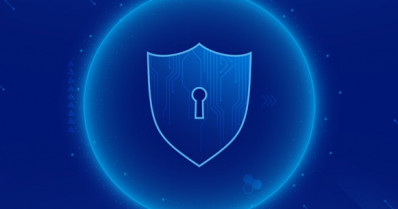