Why it is “peer-to-peer”

If we consider the situation from the point of view of information technology, then peer-to-peer networks are networks in which individual elements (nodes) exchange files with each other and store the same data set. The nodes are equal in power and perform the same tasks.

From a financial point of view, peer-to-peer networks are financial platforms that allow you to carry out financial purchase-and-sale transactions without intermediaries. In some situations, the procedures for obtaining and issuing loans are organised similarly.

In any case, they started talking about the first effective peer-to-peer networks around the 90s of the last century when programs for efficient file sharing appeared. However, it was the advent of cryptocurrency networks based on the classic P2P architecture that awoke the main interest in them. Now such networks are used not only in cryptoeconomics but also in creation of search engines, streaming platforms, various online markets and as part of the IPFS, interplanetary file system.

So. We have a large number of computers connected to each other. Each of them contains a copy of all files contained in the network. It allows you to simultaneously perform both the client and server roles. In addition, the nodes are equal in their rights, so that no one has an advantage over the others, and decisions on global changes are made collectively.

This situation allows each node to upload new information and distribute already stored one simultaneously. It is a continuous and constant process since all nodes are required to respond to any change in the network contents.

Independent storage of information at different sources makes the entire system more resistant to external influences and hacks. In addition, there is no single point of failure in P2P networks, unlike in centralised systems.

There are three main types of peer-to-peer networks.

When Satoshi Nakamoto created the Bitcoin network, he formulated it as a “peer-to-peer electronic money payment system”. This was ensured thanks to the work of a new technology — blockchain.

The technology allowed the exchange of digital currency with participants around the world without any intermediaries and central servers. In addition, anyone could join this process.

The role of banks, recording and authenticating financial transactions, was assumed by the digital register recording all activity and which anyone can turn to. Simply put, each node connected to the network stores all its information and regularly communicates with other nodes to guarantee the accuracy and relevance of the stored information.

But despite the fact that the network is peer-to-peer, different nodes can take on different functions. So, for example, there are so-called “full nodes” that mainly check transactions in the system for compliance with their existing consensus algorithms. And there are other nodes, miners, that mainly generate new information storage blocks.

Peer-to-peer architecture significantly improved the efficiency of information storage, making the exchange more transparent, stable and faster. Moreover, not only within cryptocurrency networks, but also during the exchange of different information — from peer-to-peer network files, such as torrent, to information related to large-scale trading operations or the processing of large amounts of digital data. 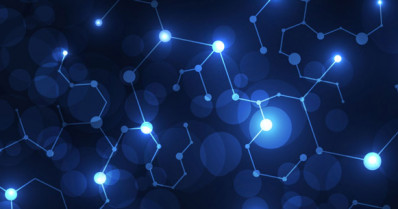