The term "artificial intelligence" refers to the ability of a program to self-learn and improve the algorithm of work without the direct assistance of a person. A whole science is devoted to this, developing such algorithms that allow solving various problems without operator intervention. Most often, based on a large amount of external input.

Conventionally, two main types of AI can be distinguished - limited (Narrow) and Strong. The first option is designed to solve specific specialized problems - filtering messages, developing optimal tactics for board games, and face recognition. But nothing beyond this task. A strong AI, on the contrary, is able to cope with almost any task and is not inferior to (or even surpasses) human capabilities in this regard. But only if the first types exist, and - for quite some time, the second type is still under development. And some researchers already even doubt the fundamental possibility of its creation.

And if the future fate of Strong AI is not known to anyone, then experts practically do not doubt the possibility of joint work of blockchain technologies and AI. Especially in several key areas.

At the current moment, the main process that ensures the adequate functioning of blockchain networks is the Proof of Work algorithm. It requires a lot of time, energy and computing power, and also - it starts to work much worse with an increase in the number of active network users.

Experts believe that AI will be able to optimize these processes. At a minimum, reduce energy costs and increase data storage efficiency. The last point is especially important, because with an increase in the number of users, the load on each specific node grows, and not every machine can handle this. So there is some decentralization of the system, which can have rather unpleasant consequences. And with the help of AI, you can create new ways of distributed information storage.

Benefits for a decentralized data economy

In addition to reliable systems for storing data, reliable ways of exchanging them are needed. A more secure, reliable and stable system than the blockchain does not yet exist. This is achieved through the independent storage of interconnected data blocks on various network nodes.

In the context of this task, AI algorithms can both optimize data exchange and use this data for their own work and improvement. In addition, different algorithms can also become objects for trading on such decentralized sites. And this will lead to competition and faster improvement.

As for individual users, it may also be beneficial for them. For example - to provide their machines as a place to store information. Or - computing power for the operation of AI algorithms. With compensation in the form of corresponding tokens. And the growth of competition between developers and owners of these trading platforms will create conditions for competition and enable users to decide for themselves with whom it will be more profitable to cooperate.

Unfortunately, most of these systems are at the stages of development and testing, or - in the "early access" mode. However, even at this stage, their significant potential is visible.

The simplest example of a “simple” AI is self-learning neural networks. The algorithm processes a large amount of the same type of data, on the basis of which it creates an optimal action strategy. An example is face recognition. But for effective training, either a large amount of time or large computing power is required. And, of course, access to the necessary data.

And since in some peer-to-peer networks, users can provide others with their computing power (for tokens, of course), these networks can be used to optimize the operation of such neural networks. In essence - the creation of a "decentralized supercomputer."

And if earlier such systems worked mainly with rendering complex three-dimensional images, now the emphasis is gradually shifting towards training neural networks and optimizing the work of AI as a whole.

A person can't verify the results of AI working on their own, based on the analysis of large amounts of data. But AI can also be wrong, so we need some way to control their work. And with the help of decentralized networks, it will be much easier to audit such processes. Almost like the ability of each element of the blockchain to check the “correctness” of calculating a new cache, only resources take a little more.

At the current moment, most companies use blockchain and AI technologies separately. But only because there are no proven and effective methods for their mutual integration. However, based on existing trends, such methods will soon appear. However, it is extremely difficult to predict exactly what changes in the economy and information technology this may cause. 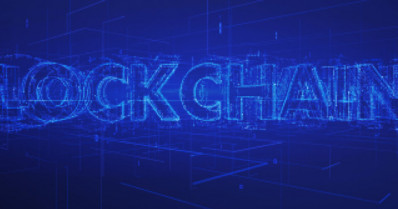