Compared to most fiat currencies, Bitcoin had a number of advantages, especially in terms of anonymity and privacy. However, calling the first cryptocurrency truly anonymous is incorrect. If only because the ownership of a particular coin can still be tracked - thanks to the implementation of another main feature - the transparency of the network.

Simply put, the path of each bitcoin can be traced back to the moment it is mined. All transactions, all cryptocurrency wallets. And each wallet, with a certain desire, can be attributed to a specific user. Yes, this will require analysis of ip-addresses and transactions, but it's only a matter of time.

So bitcoin is not really anonymous cryptocurrency - it is just a little more anonymous than fiat currencies. And according to some users, this is why it should not be used for truly confidential transactions. An important point - these transactions are not always illegal. More often than not, users simply do not want at least someone to know about their financial condition and use this information for their own purposes.

There are many examples of such use - the issuance of contextual advertising based on the results of transactions, the overstatement of interest rates by banks based on the analysis of private money transfers. And scammers are more closely watching those who really have serious savings in their accounts. Therefore, completely anonymous cryptocurrencies were created - those in which the path of the coins cannot be traced, and the wallet addresses are additionally protected at the program level.

The most interesting among the so-called "privacy coins" are monero, zcash, dash, xeonbit. They are usually used for transactions with special requirements for confidentiality. But to understand why they are so successful and convenient, you first need to understand why bitcoin as a whole is not a truly anonymous cryptocurrency.

Why Bitcoin is not the best option?

What can increase the anonymity of cryptocurrency?

Most of these problems are actively addressed by users and developers. And they even came up with quite effective methods to make bitcoin more anonymous. They are as follows:

The problem is that all of these are external "add-ons" on the already not-too-fast Bitcoin blockchain, which is struggling to cope with the ever-growing scaling problem. Therefore, in truly anonymous cryptocurrencies, many of these features are implemented by default. Let's consider them in more detail.

The high anonymity of this cryptocurrency is due to the use of ring signatures and hidden addresses. The identities of the sender and recipient are hidden, but the authenticity of the transaction can still be verified. And by using Ring Confidential Transactions or RingCT, it becomes possible to also hide the transaction amount.

According to the developers: "If Bitcoin is like the http protocol, only for money, then Zcash is the same as the https protocol." That is - the main focus is on security and privacy. This was achieved through a cryptographic tool - Zero Knowledge Proof. It allowed participants to make transactions without fear that anyone would find out their cryptocurrency address. It also made it much more difficult to track the route of each coin.

It is a fork (fork) of Zcash, therefore, in many ways it focuses on the same features of solving the privacy problem. In particular - on the protocol "Zero-Knowledge Proof" (Proof with zero knowledge). However, Komodo provides its users with even greater anonymity, mainly due to the atomic swap DEX protocol, which is compatible with the peer-to-peer p2p exchange AtomicDEX. Atomic swaps are the ability for users to exchange their digital assets directly, without centralized control. And although initially the introduction of atomic swaps was supposed to solve the problem of the unreliability of cryptocurrency exchanges in general, it turned out that this innovation is also extremely useful for increasing the overall level of transaction confidentiality.

The youngest anonymous cryptocurrency. According to its developers, their goal is to provide each user with the powers of the bank, which will allow sending and receiving cryptocurrency transfers in the most secure mode using any chosen gadget.

According to the developers, their creation can be useful to many. Charitable organizations will take advantage of transparency to avoid accusations of misuse of funds, and large companies will be able to submit their accounts for remote audits. And individuals will also be able to take full advantage of this anonymous cryptocurrency.

In the near future, we plan to introduce more sellers into the ecosystem in order to strengthen the token and stabilize the market. In addition, according to the developers, in the future it will be possible to reduce the transaction fee by 5 times and increase the speed of work by 100 - by attracting additional users and working with large decentralized cryptocurrency exchanges.

However, at the moment the price of Xeonbit is still too low for the holders, and the overall volatility of the situation still outweighs the benefits of the increased privacy of transactions.

Many of the anonymous cryptocurrencies, even despite active opposition from official regulators and financial institutions, demonstrate a steady growth in capitalization. Yes, they are still far from the top three most stable coins, but this is a very positive trend. At the very least, it indicates that more and more users are beginning to care about their own anonymity, privacy and security. 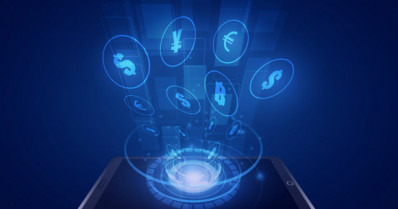 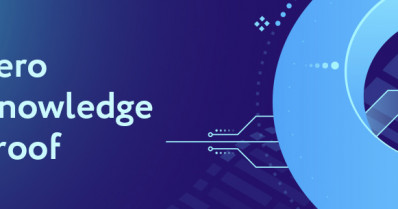 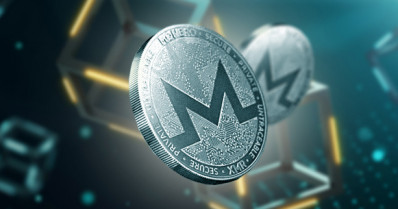