According to one of the developers of the project, Ben Edgington, this will happen in the coming days. And the appearance of the first block generated in a full-fledged mode is a question of 6-8 weeks.

A deposit contract means the ability to redirect ETH from the existing network to the new Ethereum, as well as create stakes in it and become official stakers.

As Edgington put it, "People are tired of the tests - it's time to move on."

When the first genesis block is created, the developers will block about 500,000 ETH in order to ensure staking and normal operation of the entire system. After that, it will take about another week to run it in normal operating mode.

People are already ready for this. According to analysts from Glassnode, the number of cryptocurrency addresses that already have at least 32 ETH on their balance sheet (this is the amount needed to become a staker) is approaching 125,000 (124,390 at the time of this writing). 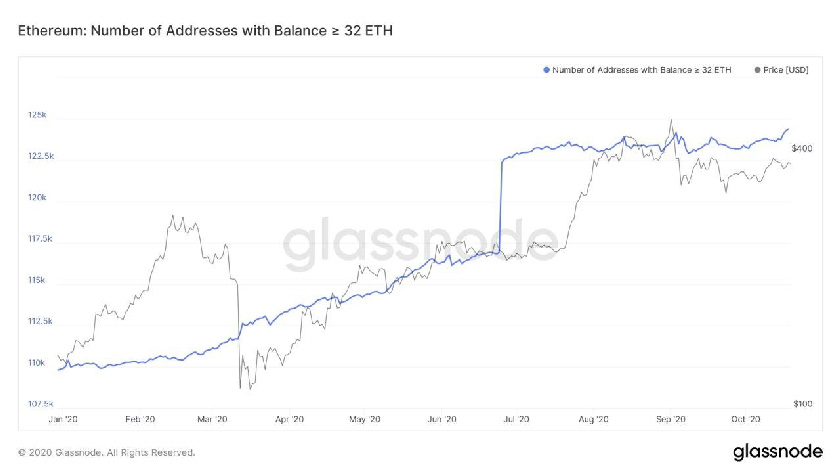 What is important. Edgington made his announcement a few days after the completion of the three-day cycle of the Zinken testnet, on which the main aspects of the future Ethereum 2.0 were tested. This is the second attempt, as the first, Spadina, has exposed numerous problems such as configuration, boot nodes, and general calculations.

And yes, despite the volume and significance of the statement, Edgington asked not to be considered as official.

Let's put it simplier. With a high degree of probability, soon the beginning of the transition between the two versions of Ethereum will really start. And in order to provide the new network with the proper information background and attention of investors, this statement was made. After all, these messages from developers attract increased attention to projects. Not immediately, of course, but on average - in a week.