A representative of the People's Central Bank of China confirmed that the country's authorities are ready to participate, if not take a leading position, in the “new battlefield” - the digital market, and are confident that their tokenized yuan can break the existing dominance of the US dollar in most sectors of the economy.

However, so far the Chinese project is developing slowly and cautiously - now it is in the advanced testing phase. However, this does not prevent representatives of the PBC from discussing the importance of digitizing and tokenizing national fiat currencies.

According to the data obtained by Reuters, PBC officially stated that "the issuance and the beginning of circulation of the tokenized yuan will bring significant changes to the current system of international finance."

The following has also been added:

"China has many advantages and opportunities in issuing fiat digital currencies, so it needs to accelerate its pace to be the first to take over the industry."

In addition, PBC believes that only with the help of a new payment system the dollar monopoly can be broken. And that it is necessary to start the successful internationalization of the yuan. And digitizing fiat assets can be a key step in this endeavour.

It was also suggested that the introduction of new ways of monetary exchange would help a faster and more efficient renewal of the country's economy after the coronavirus epidemic.

This graph shows where foreign exchange reserves were stored around the world in 2019. The dominance of the dollar is obvious. 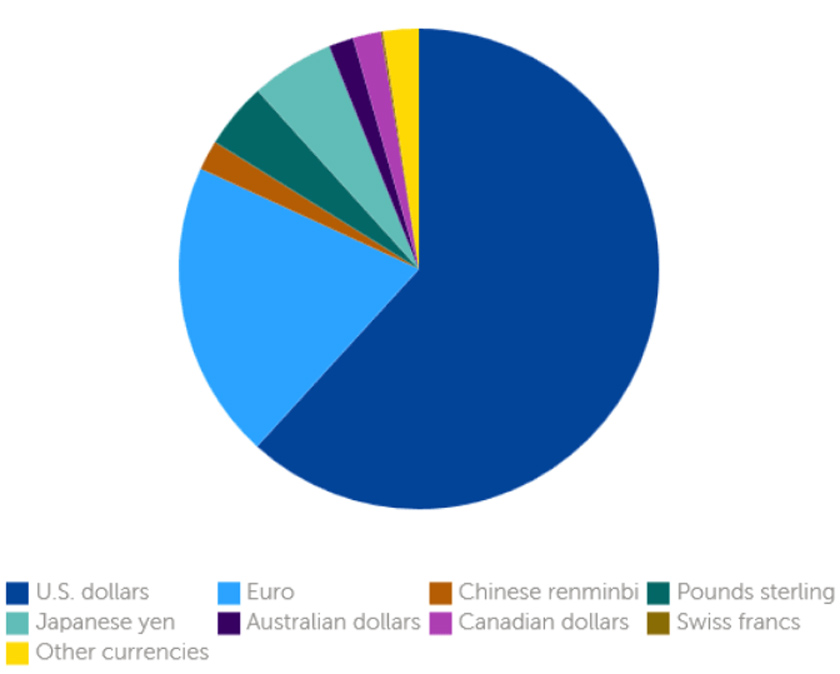 It also became known that the main developer of China Information Fintech - Chen Hong Hong - during his speech at the recent China International Science and Technology Exhibition in Beijing, said that wallet applications that can also work with tokens and cryptocurrency will be actively used by commercial banks in order to accelerate the introduction and further advancement of the digital yuan.

And yes, a number of software companies have already confirmed that they are cooperating with the PBC on a number of projects related to digital currencies.

Given the escalating economic confrontation between the United States and China, as well as the extremely cautious position of the US authorities regarding digital markets and cryptocurrencies, Beijing's initiative could theoretically bring him leadership in this industry. Another question is whether a centralized and carefully regulated yuan will be able to compete with much freer tokens and stablecoins? The experts have no consensus on this matter.


Published on the EXBASE.IO based on materials from cryptonews.com